NASA JSC - Mission Control Center - Have you seen my Shuttle?

The Mission Control Center houses several Flight Control Rooms, from which flight controllers coordinate and monitor the spaceflights. The rooms have many computer resources to monitor, command and communicate with spacecraft. When a mission is underway the rooms are staffed around the clock, usually in three shifts.

Not far away from the FCR1 (Flight Control Center 1) is the Space Shuttle Control Room. So I visited that room today too. Here is what it looks like during full operation. 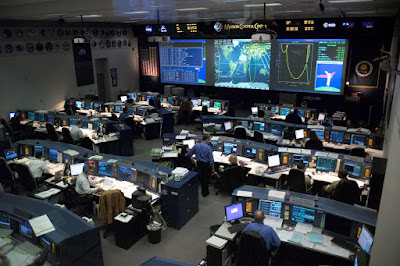 Since there is currently no Space Shuttle in orbit, the room is not in active use. That's why I took the liberty and chose this seat to sit down... 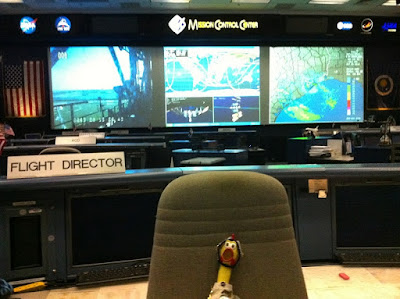 While I am sitting here in the Flight Director's chair, let me introduce to you another dear friend of mine. Her name is Holly and she is a Flight Controller here in this very room. She sits at the EGIL console. First, let me ask Holly what exactly the tasks of the EGIL console is?


"Camilla, We monitor the cryo on the shuttle. The cryo is like gas in your car. The longer you want to stay on orbit, the more gas it will take. If you turn on a lot of lights or other equipment, that takes more gas. So we see how much gas we have when we lift off and model that in a program and then keep track of it during the mission to make sure we have enough to  come home."


Holly and her team have a very important job, I can already tell. But hold on, Holly says there is more:

"We also monitor all of the electrical buses on the shuttle.  If any equipment goes down, we look in our data to make sure we didn’t see anything short.  We also monitor the health of the Fuel Cells – they have pumps and motors and other things, so we make sure those temperatures and pressures are okay."

So that is one console of many inside this flight control room. Let's talk a look at the other various consoles here before talking more with Holly. This time we are going in rows from the big screen towards the back. 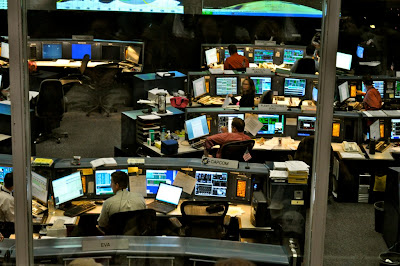 Row 5
PAO - Public Affairs Officer
PAO provides mission commentary to supplement and explain air-to-ground transmissions and flight control operations to the news media and the public.
MOD - Mission Operations Directorate
The MOD provides a link from the Flight Control Room to top NASA and mission managers.
The Russian Interface Operator, Booster Systems and Extravehicular Systems occupy the next console, depending on time and/or type of mission.
RIO - Russian Interface Operator
The RIO serves as the primary interface between the United States and Russian control teams.
BOOSTER - Booster Systems
BOOSTER monitors and evaluates the main engines, solid rocket boosters and external tank performance during pre-launch and ascent phases of the missions.
EVA - Extravehicular Systems
EVA monitors all aspects of the spacewalks based out of the shuttle and station. This includes monitoring the technical operations of the spacesuits and the activities to be carried out as trained prior to mission.
SURGEON - Surgeon
The SURGEON monitors crew health, provides crew consultations, coordinates crew medical operations and advises the Flight Director of any related issues that may affect mission success.


Thanks for this amazing tour. But tell me now, how did you become a Flight Controller?
"I always wanted to work for NASA, so I figured that engineering would be the best way to go.  I studied Mechanical Engineering because I was more interested in that subject vs. chemical or electrical.  When I graduated we moved to  and I was working at a small company that designed repairs for airplanes.  I kept applying to NASA, and one day they called me wanting to do an interview.  I never dreamed I would be in Mission Control, though."
Persistence! I am sure that's an important part of your tasks now too. What fascinates you about your job?
"So many things – the history of my job is one part of it, watching Apollo 13 and thinking that if that happened today, we would be in their shoes.  We train so much but there are always situations that you can’t prepare for.  I’m fascinated by the people I work with and how clever they are in coming up with new ways to solve problems.  I’m fascinated by the failure is not an option attitude…no matter what the problem is, we’re determined to find a way to solve it.  And we do!  It’s fascinating to think there are people up there and we’re down here monitoring and operating things for them to build a space station."
Did you ever think you would be sitting inside MCC overseeing such an important part of a Space Shuttle mission?
"Never in my wildest dreams.  I knew I’d be at NASA somehow, but I never anticipated I’d be this lucky!"
We are a lucky bunch, that's for sure. What got you interested in space exploration?
"My Dad was big into science-fiction and we would always watch things like Star Wars and Star Trek.  It’s an interest I’ve had since I was very young, it’s always been there." 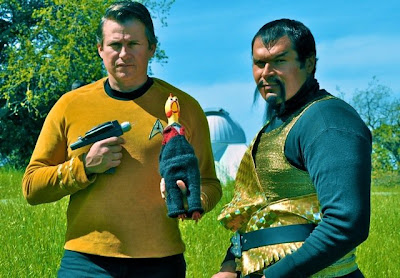 Who doesn't like watching Star Wars and Star Trek? Can you tell I am into it as well? But let's not digress. What do you think about the focus on STEM (Science, Technology, Engineering Math) and what advice do you have for kids who want to be like you?
"I think the STEM focus is wonderful.  There needs to be more of it.  Those subjects are so important and help the world do so many things…every building, airplane, advances in medicine and computers, they all go back to STEM.  STEM makes the world run.  Without scientists or engineers, where would we be?  Advice I have for kids….first of all, be sure of what it is that you want.  Then make a plan of how to get there.  I knew I wanted to work at NASA, so I made a plan to get a degree in engineering.  Then, stick to that plan.  There were times when I didn’t like a class or didn’t do well on a test and got frustrated, but you have to keep your eye on your goal and not give up.  I had family members tell me that I couldn’t be an engineer because I was a girl! Ignore those people!  So I think those three things are the best advice that I can give:
1) Figure out what you want
2) Make a plan of how to get there
3) DON’T GIVE UP and don’t think you can’t do something because of your gender/race/etc!  Believe in yourself. "
Wow Holly - you truly are another big inspiration and I cannot wait to share your stories with others over the next few weeks and months. Thanks again for taking me around.
This is CAPCOM. Houston out!
Posted by Camilla Corona at 3:58 PM