Being intimate with the Russian ЭПП Electrical Food Warmer 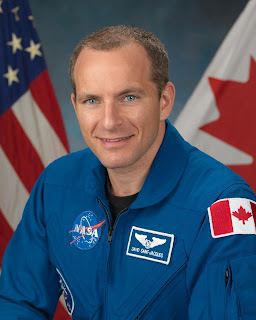 Today was a fairly easy day. Canadian Astronaut David Saint-Jacques (he is @Astro_DavidS on Twitter) and I were learning about some of the ISS components inside the Russian segments. First, let me tell you a little about David.

(on a site note, when we first met, he reminded me of The Wiz in Seinfeld - I wish I had a crown with me for him to put on! Ok, off topic, sorry David)

Born in Quebec, raised outside of Montreal, Canada, David speaks French and English fluently. But not just that. He has a pretty good handle on Spanish, Russian and Japanese! What's even more amazing, David has a medical background and an astrophysics one! Plus he has a commercial pilot license! His postdoctoral research included the development and application of the Mitaka Infrared Interferometer in Japan and the Subaru Telescope Adaptive Optics System in Hawaii.

After that he joined the Astrophysics group at Université de Montréal. His international experience also includes engineering study and work in France and Hungary and medical training in Lebanon and Guatemala.

In October of 2011 David was part of the NASA Extreme Environment Mission Operations project, known as NEEMO.

NEEMMO sends groups of astronauts, engineers, doctors and professional divers to live in an underwater habitat for up to three weeks at a time. These crew members, called aquanauts, live in Aquarius, the world's only undersea laboratory, located about 19 metres below the surface, 5.6 km off Key Largo in the Florida Keys.

David was a crew member of NEEMO 15, the first undersea mission to simulate a visit to an asteroid. For part of the mission, he was supported by his colleague CSA Astronaut Jeremy Hansen who, as CAPCOM, provided information and directions from the Key Largo surface to the NEEMO 15 team.

The undersea environment is the closest analogue on Earth to a gravity-weak asteroid, making it the best place to test relevant exploration concepts. During NEEMO 15 the crew evaluated different strategies for anchoring themselves to its surface, traveling along its terrain and collecting data. They also coordinated their efforts with DeepWorker submersibles, one-seater submarines built and developed by Nuytco in British Columbia, Canada. 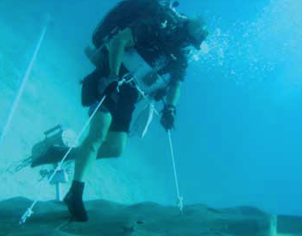 Told you, David is another one of those interesting people to get to meet and know.
Anyway, today I learned about the Russian ЭПП Food Warmer. David told me to get "intimately" familiar with the device. Since I always follow instructions...
The electric food warmer is designed to heat foods in cans, and plastic pouches.
The ЭПП consists of a heater, an automated unit, and a control panel. The warmer contains a number of cells for heating food. The heating elements inside the cells conform to the shape of the various packages.
The Service Module has two food warmers, “Подогреватель пищи 1”, “Подогреватель пищи 2” (Food warming 1, Food warming 2), connected to onboard outlets. The foods are warmed to 65°C (149°F) within 30 minutes. The food warmer operates automatically. The foods are inserted into the warmer to the maximum depth of the cells. Any combination of foods may be warmed – from one meal ration to four. 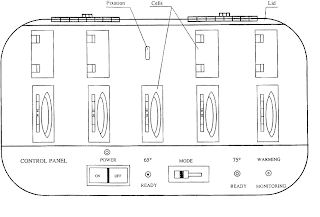 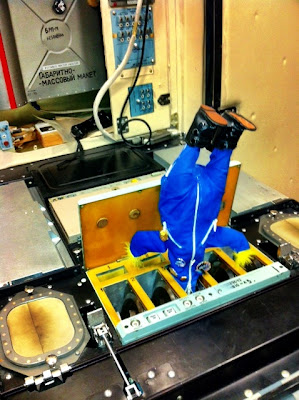 I am glad that David realized that giving me instructions like "get yourself intimately familiar with..." just don't work all that well with me. Glad we first learned about the food warmer and not the Russian space toilette...
Posted by Camilla Corona at 9:58 AM