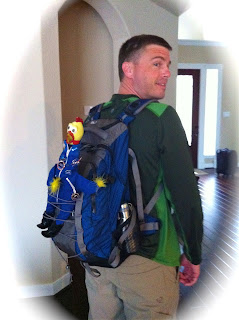 After a pretty uneventful flight Astronaut Reid Wiseman and I made it to Moscow. From there we drove to Star City. Let me tell you, it is cold here. I watched "Wonder Years" on the plane. I had forgotten how many wonderful Apollo references this show has. Was truly great. 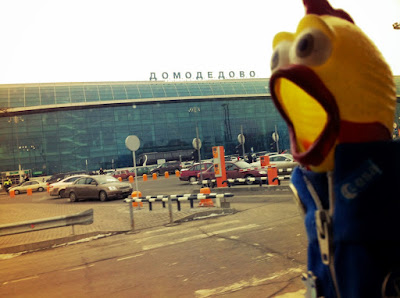 Reid and I dove right in to Soyuz Thermal Control Systems class. However, I was the one being a huge hit with the interpreter and instructor. They were very patient. It's a not that easy to learn a new system and a new language at the same time.

Here I am pictured in the classroom from this morning with the Soyuz control panel in the background. 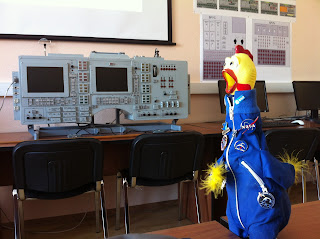 The Soyuz TMA spacecraft is designed to serve as the primary International Space Station's crew "to-and-return" vehicle. It is also acting as a lifeboat in the unlikely event an emergency would require the crew to leave the station. Just as over the weekend the crew had to take shelter in their Soyuz capsules due to some space debris.

A new Soyuz capsule is normally delivered to the station by a Soyuz crew every 3 or so months -- the arriving crew then stays on the ISS, while three of the ISS habitants returns to Earth in the older Soyuz capsule.

The Soyuz spacecraft is launched to the space station from the Baikonur Cosmodrome in Kazakhstan aboard a Soyuz rocket. It consists of an Orbital Module, a Descent Module and an Instrumentation/Propulsion Module.

This afternoon Reid and I learned all about the ВСК-4. This is the backup periscope we use in the Soyuz to align ourselves for orbital corrections, deorbit burn, and rendezvous with the ISS. The crew uses the target on the orbital complex outer surface for monitoring visually the angular errors between the spacecraft and the orbital complex looking through the ВСК-4 visor. 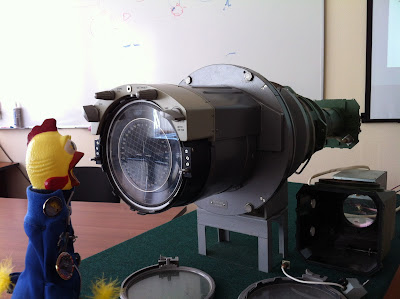 I forgot to tell you about the fantastic lunch we had. It was cooked by Astronaut Chris Cassidy. It was so delicious, I had seconds.

And I am very happy to report that I only mildly complained of jet lag. The cold, however, is a completely different subject... 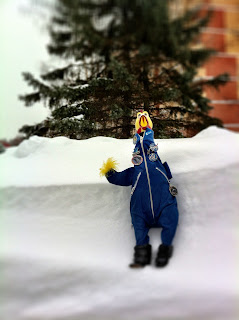 After class, and a few minutes of putting my feet up, it was time for dinner. After a quick chicken noodle soup dinner (which I profoundly refused to eat!), Reid and I started to study up on the Soyuz television system for our first big test on Wednesday. 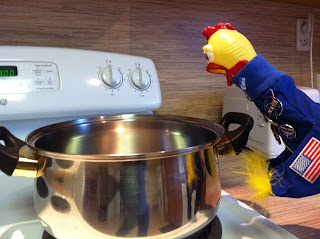 Now I thought it would be a TV system to watch cartoons and maybe some good movies like Armageddon. Turns out that the television system only allows to downlink video from the reentry capsule, provides TV images of rendezvous and docking, as well as it allow data display and downlinking television data via the transmitters.

I thought this would be more fun & games. But it is actually rather hard.

Our planet and our different cultures are truly fascinating and remarkable. What 50 years ago was almost thought to be unthinkable is now happening; we are working, training and traveling to Space together with our Russian friends and cosmonauts. Thanks to our efforts in working together, in achieving one common goal, we get to share our values, believes and culture with our friends from Russia, Japan and European countries. With that also comes learning about each other's customs, something as simple as shaking hands.

It is also bad luck to whistle inside, which I had a hard time getting used to. Especially since I have had the Wonder Years soundtrack stuck in my head.

Oh, I was also caught off guard that most stores outside of Moscow only take cash. ATMs are hard to find. Poor Reid Wiseman had to lend me some rubles to get myself some eggs yesterday. 32 rubles to the dollar. I sure owe him!

Below is one of my favorite pictures of Space East and Space West meeting. By the way, April 12 is Yuri's Night; a worldwide celebration of the first human to visit Space. More info here: http://yurisnight.net/ 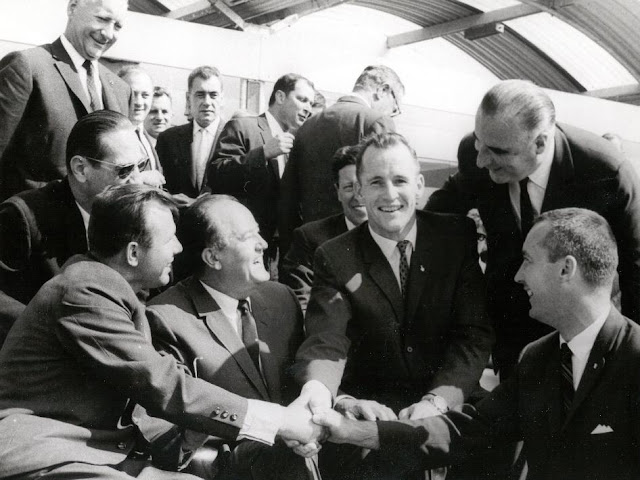