I still have some more stories to share with all of you. This one is from last weekend. Part of the SDO Team decided to participate in the NAVY in Space exhibit as part of the Fleetweek activities in San Francisco. As you know, NASA's Solar Dynamics Observatory is my best friend forever. Little SDO and I have a strong and fun friendship and I not only promote his work, but I also try to reach out and cross-inform about other space exploration missions. I consider this all part of training to become the first Chickonaut.
So, during the NAVY in Space exhibit, I got to meet Astronaut John Herrington and we spent the weekend together as part of the exhibit, met people, posed with them for pictures and shared our stories. Except, John's stories are way better than mine. He was part of STS-113, which flew on Endeavour. That is, after all, my favorite bird. 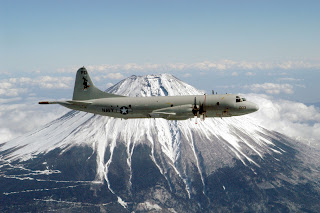 John actually was a Naval Aviator in the NAVY and was actually station first at Moffett Field Naval Air Station, just next to NASA Ames in Mountain View, California. The P-3 Orion became John's plane and he reported to the Force Warfare Aircraft Test Directorate as a project test pilot for the Joint Primary Aircraft Training System. John conducted additional flight test assignments flying numerous variants of the P-3 Orion as well as the T-34C and the DeHavilland Dash 7. He has logge over 3,800 flight hours in over 30 different types of aircraft.


Then in 1996 John got selected by NASA and reported to JSC in August of that year. He completed two years of training and evaluation and got the go-ahead asa mission specialist. He was assigned to the Flight Support Branch of the Astronaut Office and served as a member of the Astronaut Support Personnel team responsible for Shuttle launch preparations and post-landing operations.


Then shortly before Thanksgiving 2002 he flew on STS-113, which was the 16th Shuttle mission to the ISS. The team delivered the Expedition 6 crew, delivered, installed and activated the P1 Truss, transferred cargo to the station and John performed 3 EVA. On the way back home they loaded up the Expedition 5 crew, who had stayed 6 months aboard the Station. Endeavour landed on December 7, 2002. 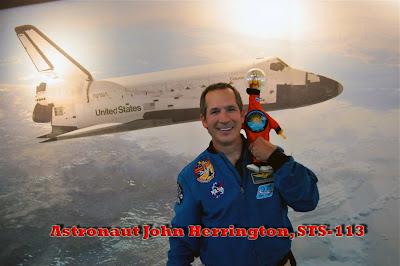 Whenever we had some downtime over the weekend, which really was only once, early on Sunday morning, I asked John some questions. What I really wanted to know first was his thoughts, when he sat on his back inside Endeavour, just about to be rocket into Space.


"Camilla, about 30 seconds before launch I thought to myself; Wow, it is happening. I am going to Space!"


Since John did 3 EVAs, I wanted to know if during the EVAs he caught himself turning his head and enjoying the view.
"I had to force myself to stop what I was doing, turn and just take it in! When you do an EVA, you are so focused on the task at hand you tend to forget that there is this beautiful planet below you. So I stopped for a few seconds, slightly changed my position so I could enjoy my view!"


I can only imagine what a beautiful sight that must be. Right before another group of excited kids came around the corner, I could sneak in one more question. This time I wanted to know a memorable story. 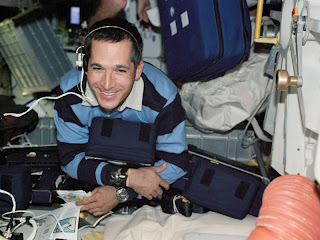 "A memorable story? Oh, here is one for you. So I was on the Flight Deck of the Orbiter and I had some downtime. I took a nap and when I woke up, I had moved from one area of the deck to another. As you know, you are just in constant freefall, that is why you are weightless. I looked out the orbiter's windows and I saw these lights and then dark and then more lights. Night had fallen over this particular part of Earth and I was trying to figure out what I was seeing. Then I realized that it's London, the British Channel, and then Paris. While totally enjoying this view, within a very short time I saw the lights of Baghdad. Where else can you see London, Paris and Baghdad in a matter or just a few minutes!".


John's space experience lasted 13 days, 18 hours and 47 minutes but there is not one minute he will ever forget.

Posted by Camilla Corona at 8:46 AM