Visit to ESA & DLR - My Day in the City of Cologne 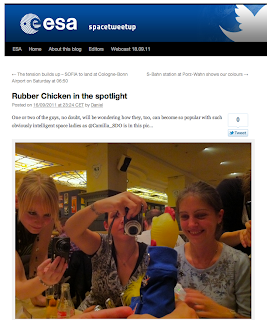 Welcome to the City of Cologne
Today is Saturday, September 17, 2011 and I am in the fourth largest city of Germany; Cologne. It is such a picturesque city with so much history. Just talking through the streets of Cologne is captivating. You see the cute houses, the stores and almost around every corner you see the big Dom, the Cathedral. What a huge building. 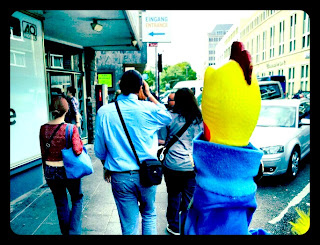 It is even more impressive to think that the Dom was pretty much the only building left standing during World War II. The rest of the city was flattened. Don't get me wrong - the Dom did sustain some damage but it continued to stand proud. 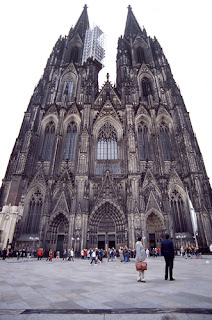 The construction of the Dom began in 1248 and took, with interruptions, until 1880 to complete. It is 144.5 meters (474 feet) long, 86.5m (284 ft) wide and its towers are approx. 157 m (515 ft) tall. Amazing! From 1880 to 1884 it was the tallest structure in the world - until the completion of the Washington Monument. It has the second-tallest church spires, only surprised by the single spire of Ulm Minster (also in Germany) completed 10 years later in 1890. Because of its enormous twin spires, it also presents the largest facade of any church in the world. 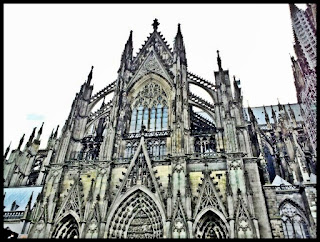 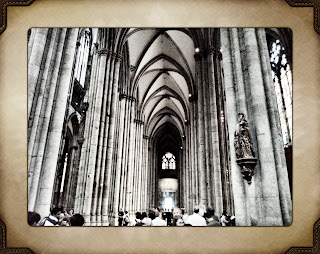 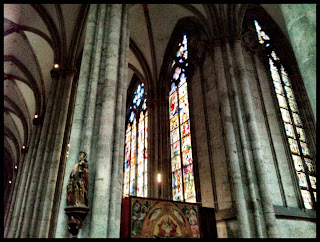 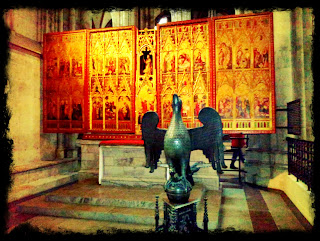 The city of Cologne dates back to the Roman Empire. Considerable Roman remains can be found in present-day Cologne, especially near the wharf area, where a notable discovery of a 1900 year old Roman boat was made.

From 260 to 271 Cologne was the capital of the Gallic Empire under Postumus, Marius and Victornius. In 310 under Constantine a bridge was built over the Rhine at Cologne. The imperial governors of Rome resided in the city and it became one of the most important trade and production centers in Roman Empire north of the Alps. Maternus, who was elected as bishop in 313 was the first known bishop of Cologne. The city was the capital of a Roman province until occupied by the Franks in 459. 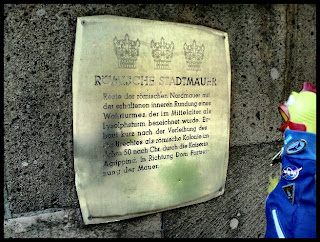 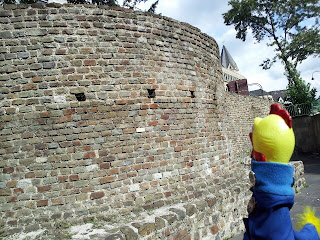 The river Rhine passes by Cologne. At almost 800 miles it is one of the longest and certainly most important rivers in Europe. Last year I visited where the Rhine begins. There it really is just a small little thing, barely big enough to put my feet in. Here in Cologne it is big and wide with long bridges over it and large boats going up and down. In Reichenau (in the state of Grison in Switzerland) come the two rivers together; Vorderrhein (Anterior Rhine) and Hinterrhein (Posterior Rhine) - from there on it is der Rhein or the Rhine. This river has been a vital and navigable waterway carrying trade and goods deep inland. It has also served as a defensive feature and has been the basis for regional and international borders. The many castles and prehistoric fortifications along the Rhine testify to its importance as a waterway. River traffic could be stopped at these locations, usually for the purpose of collecting tolls, by the state that controlled that portion of the river. 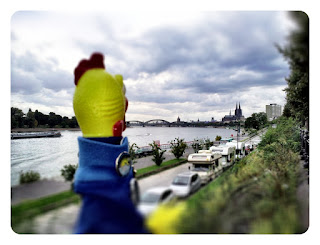 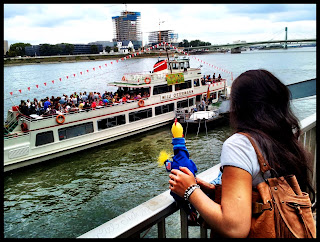 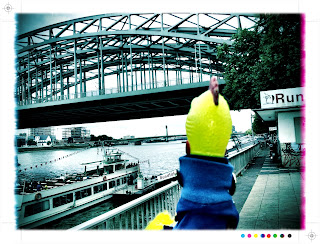 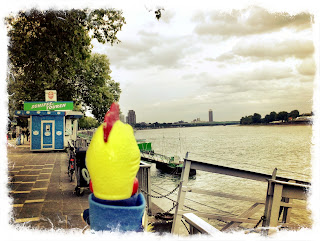 To be here with many of my friends form America is truly an honor. And to make new friends over here is very exciting. I mentioned it yesterday inspiration, education and working together does not know boundaries. We must meet each other, shake hands, work together, share ideas, learn from each other and at the end of the day, hug each other. This is the only way we can solve current and future problems. Sure we will have differences and they can all be overcome by mutual respect and understanding. 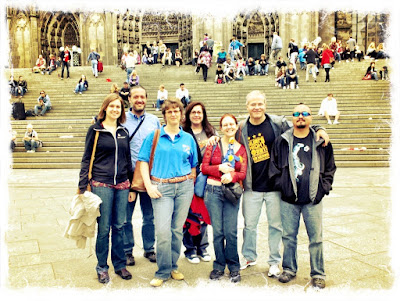 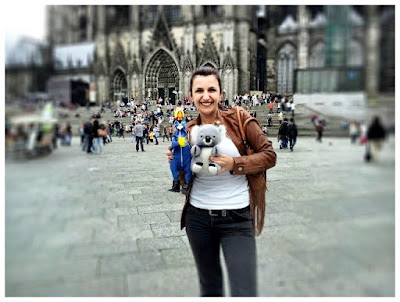 That being said, I am proud to be here. I am proud to be representing Team SDO, sharing my knowledge of the Sun and the Sun-Earth connection with my new friends. I am proud to learn from them, see how they go about their lives and enjoy some of the wonderful customs Cologne and Germany has to offer. Oh, it is dinner time now! I must be going... 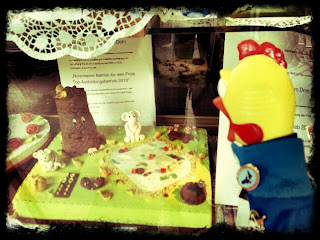 Ok, before going to bed, wanted to share a couple more pictures from today (and from dinner). I had the pleasure of going to dinner with a new friend. Her name is Ariel and she brought a little Koala bear with her so I wouldn't feel all left out. 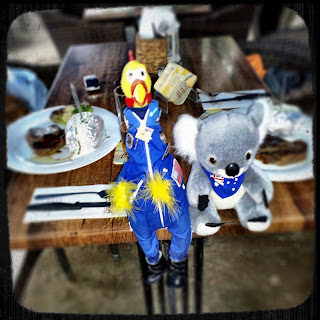 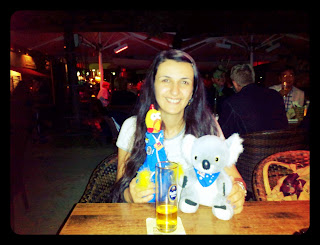 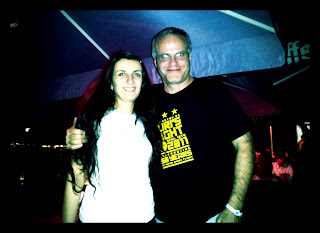 One more thing... in case you did not see it yesterday. Discovery News wrote an article about Atmospheric Drag and they quoted Yours Truly! It's about this satellite which will be re-entring Earth's orbit next week. Sooner than expected due to increased solar activity.

One last thing. Watch SOFIA's landing today in Cologne. It is SOFIA's first time here in Cologne and I am so excited to be seeing her tomorrow again. I am already wearing both my SOFIA pins on my flight suit. You can follow tomorrow's activities live.