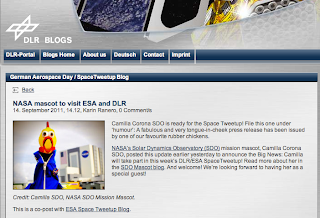 The European Space Agency and the DLR German Aerospace Center are holding a first joint European Space Tweetup in Cologne. The wonderful people from ESA and DLR invited me to attend this event. And since educating about the Sun and Space Weather goes across borders and I have so many friends over in Europe, I made the trip across the Atlantic. Not only that - see, space exploration and education does not and should not recognize boundaries. Math is the same here in Europe as it is in America. Physics works the same way in Australia as it does in Asia. And inspiration is needed in Africa, South America, the United States and everywhere else.

So I arrived in Amsterdam and met up with Zebramaedchen - she is also a Tweetup attendee and offered to help me navigate through the Netherlands and Germany. 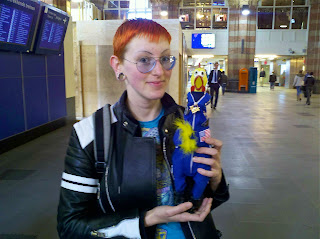 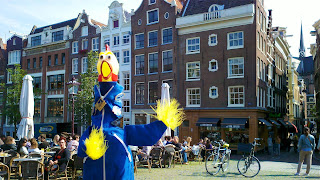 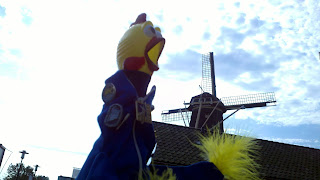 From Amsterdam we drove straight to the University of Leiden. I was really looking forward to visiting this beautiful campus. 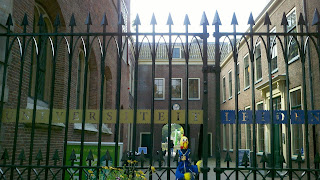 Christiaan Huygens studied law and mathematics at the University of Leiden and the College of Orange in Breda. After a sting as a diplomat, Huygens turned to science. His work included early telescopic studies elucidating the nature of the rings of Saturn and the discovery of its moon Titan, the invention of the pendulum clock and other investigations in timekeeping, and studies of both optics and the centrifugal force. 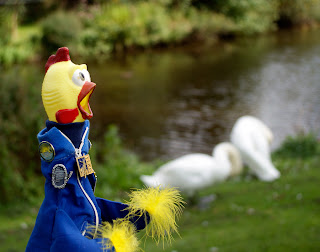 We continued our drive to the city of Aachen. King of the Frank, Charlemagne, once was the ruler who led Europe out of the Dark Ages. He was born sometime between 741 and 748. It's also states that Aachen could have been the place he was born. He died in January of 814 in Aachen and was buried in the Cathedral. Charlemagne's success as a king can be traced to his admiration for learning and the support of scholarship, literature, art and architecture. He, himself, did not learn how to read and write and when he tried to learn it, it was too late for him. But he made sure that his kids and grandkids were very well educated. 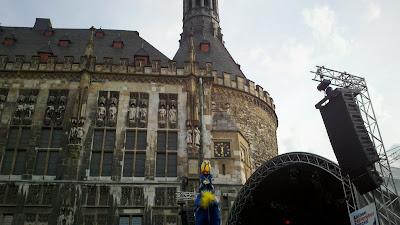 From Aachen it was straight to Cologne where we were meeting other ESA/DLR Tweetup attendees. Some I had already known, others I met the first time. There were some familiar faces from the US, the dear Craftlas, FlyingJenny and Chris! And some familiar European faces too, like Claudia and Eico. We met right next to the Dom at the Gaffel Am Dom, a very cute restaurant with a drink called Koelsch. It is a local beer and I only tried on sip - since I am in spaceflight training I have to be serious. Plus, I don't drink adult beverages anyway. 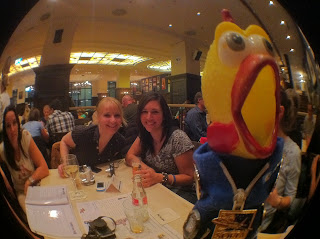 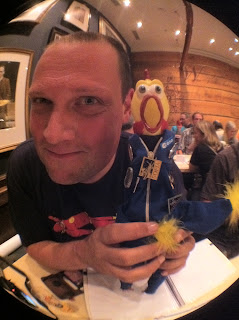 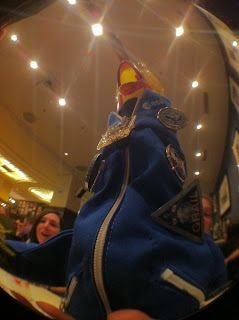 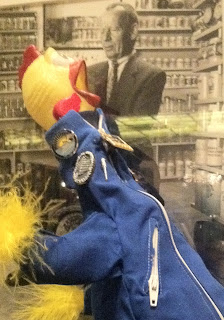 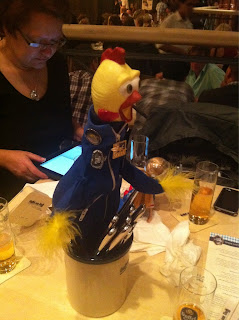 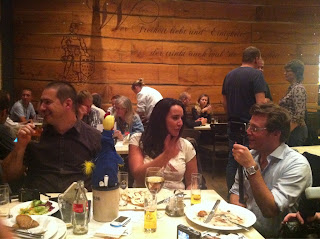 Now it is time to go to bed. I have to get up soon again to enjoy this beautiful town and learn more about Cologne and its history. And then on Sunday I will be spending all day at the ESA/DLR Tweetup. You can follow live this Space Tweetup in Cologne event!
Posted by Camilla Corona at 6:24 PM