I just have to share this with you. For several reasons!

1) this is pretty geeky-tubular! (I just learned this word today - thanks Krissy314)
An image is beamed to the Moon, bounces off the face of the old man up there, comes back and the signal gets put together again. That's almost a 500,000 mile journey.

2) Art and Science are so closely related! There is science in art and there is art in science. Not only that, but science inspires art. A perfect example is our dear friend Deirdre Kelleghan from Ireland. She does wonderful activities with kids where they get inspired by images from Little SDO, LRO and other spacecrafts and then they draw their own pictures from it. In the process they learn about the subject they are drawing.

3) This is a project by Daniela de Paulis in collaboration with Jan van Muijlwijk and CAMRAS at Dwingeloo radio telescope. But because it involves the Moon I spoke to some of my colleagues over at the NASA Lunar Science Institute and they were excited about this too. And of course we are excited because  some of the images "beamed-up and back" are a drawings of the Sun by Deirdre's students and one of Deirdre herself. 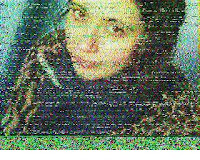 So I asked Daniela de Paulis a few questions about this event. But let's first meet her. Daniela, who are you?
"I am a visual artist working with film, sound, performance and new technologies. I am very interested in the dialogue between art and science, both are in fact forms of audacious and creative thinking, I believe that artists can inspire scientists and vice versa."

See? Another person who believes in the connection between science and art! Tell us, how did this project come about?

"In October 2009 I got in touch with the team of radio amateurs based at Dwingeloo radio telescope in The Netherlands, asking them to send to the moon and back images in form of radio signals as part of an art project. The enthusiastic radio amateurs’ team guided by Jan van Muijlwijk managed to do that for the first time in history by receiving colour images sent from Switzerland via the moon, using earth-moon-earth technology. The very first image sent to the moon and back was the picture of Jan's dish, however this was barely recognizable after travelling 800.000 kilometres. Following several attempts with different kinds of equipment Jan and the CAMRAS team managed to receive very good images via moon bounce." 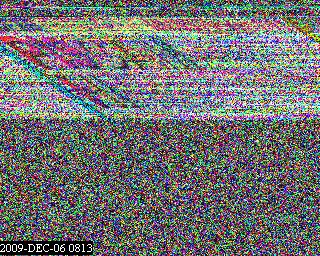 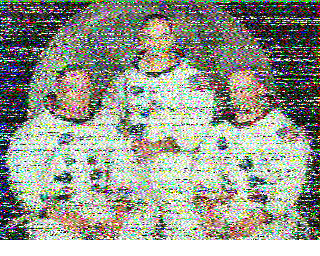 That is truly fascinating. Why is this project called OPTICKS?

"The idea of calling the project OPTICKS was inspired by the essay written by Newton on light refraction. In OPTICKS the great scientist speaks of the seven colors of the spectrum. He also writes about the music circle in which he relates the seven colors with the musical notes and the seven celestial bodies known in his time."

I truly love this already, Daniela. This is so cool. Of course, I am trying to imagine what an image of me going and coming back from the Moon would look like. I bet I would be the first Rubber Chicken Mission Mascot to have traveled to the Moon and back. So how exactly does it work? 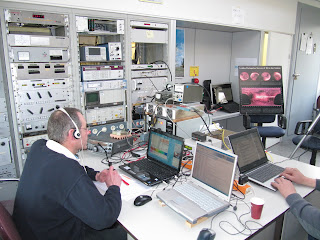 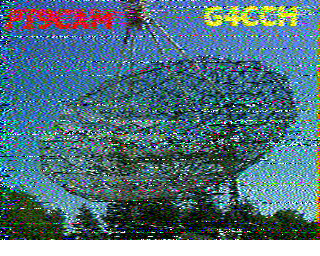 "OPTICKS is a live performance during which we send digital images of the seven colors of the spectrum to the moon and back. The images are sent in form of radio signals from a dish situated in Brazil, the UK or Switzerland and received back by Dwingeloo radio telescope in The Netherlands, where they are reconverted into the original images. The process of converting radio signals into images and vice versa is made possible by the MMSSTV software, invented by Japanese radio amateur Makoto Mori in 2000 as improvement of the Slow Scan Television." 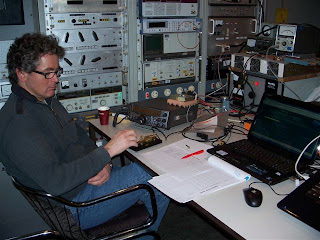 I see! And how can people participate and watch this event unfold?

"The OPTICKS performance for the Global Astronomy Month will be webstreamed live from Dwingeloo radio telescope. The event will introduce the Moon Week program which features a wide range of outreach activities aimed at scientists, astronomers and astronomy enthusiasts. With its combination of astronomy, radio technologies and art, OPTICKS aims at inspiring artists, scientists and amateurs alike. The performance for the GAM will be introduced by a live broadcast of sounds from radio amateur signals bouncing off the moon, captured by the Dwingeloo antenna. The performance will also feature pre-recorded image sonifications using Design Rhythmics Sonification Research Lab methods, created by sonification researcher and musician/sound designer Marty Quinn, currently collaborating with NASA."


Here is the link to OPTICKS  for April 10, viewers will need to search for the OPTICKS event:
http://www.ustream.tv/channel/pi9cam

Can you please introduce us to some of the people who are working on OPTICKS?

We are very pleased to moon bounce at the end of the performance two of Deirdre Kelleghan's paintings. Deirdre collaborated in OPTICKS by guiding young people in creating paintings inspired by images of the Solar Dynamics Observatory First Light and by Moons. We will moon bounce four of the wonderful paintings created by students of St Cronans Boys National School in Bray and Stillorgan Gold Pack Brownies in Ireland."

Thank you Daniela and now let's look at some of the images that will travel to the Moon and Back!